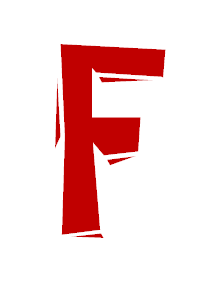 I f—ing love Elise Andrews.  This adorable and clever young woman has been making a splash lately with her wildly popular Facebook page called “I F—ing Love Science.” On her page, she uses the “F word” unedited.  I would argue it has something to do with the pages popularity. I know it certainly caught my attention the first time a post from her site was shared by a Facebook friend of mine and showed up in my newsfeed.  I checked out the page and immediately “liked” it so I could enjoy Elise’s frequent, clever postings.

I saw Elise on CBS This Morning and it was funny to watch the interviewers dance around the name of her Facebook page.  The topic of the interview was the reaction Elise gets when people discover her science-themed page was created and is manned by a woman. I would argue that the name of the page has as much to do with people’s surprise about Elise’s gender as any bias against women scientists. After all, Elise’s page is not about her actually doing science.  She uses Facebook to express her enthusiasm for science by compiling lots of interesting relevant information and images. Gender stereotypes include language, and it is still more surprising for most folks to here “f—” come from a woman’s mouth than from a a man. Whatever the reason, the word has punch and when it is coupled with a gender surprise, you have something people want to talk about.

Having seen Elise interviewed, I don’t think the use of the F word was calculated on her part.  That’s why people, like me, do not find her use of it offensive.  Her use of the word springs from her sincere and deeply felt enthusiasm for the subject.  I would also argue that internet speech has become a category with a set of rules that is different from other media. You cannot say “f—ing” on CBS This Morning without creating a furor, but you can use it on your Facebook page and attract millions of followers.

Elise is a natural marketer.  She is selling people on science with content that is engaging and provocative. She picks images that are colorful, clear and not overused, and adds bite-sized, easily digestible bits of information. Her postings are reliably fresh and entertaining.

But she can’t entertain us for free forever. Will her skill at building a Facebook following and the fame that is coming with it translate into a career for this feisty and clever redhead? Will she be able to match up her skills and her passion for science to create something that also pays the bills? Do the skills required to create the world’s biggest Facebook fan base  translate to the marketplace. I’ll be watching to see. There’s a lot marketers can learn from what she has achieved already that has nothing to do with profanity and everything to do with unclouded enthusiasm and consistently engaging content.